Disputed Inheritance case highlights importance of a Will 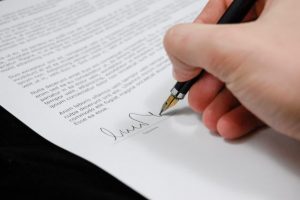 Disputed Inheritance case highlights importance of a Will

A recently reported High Court case reminds us of the importance of having an up-to-date and carefully considered Will, especially in circumstances where couples have children from previous relationships.

The case in question is the inheritance dispute between the children of the late John and Ann Scarle.  Mr and Mrs Scarle aged 79 years and 69 years respectively were married and both had daughters from previous relationships. Tragically, both were discovered to have died at their home in October 2016. This has led to a dispute between their daughters as to who was entitled to inherit the entire estate worth approximately £300,000.

The facts were such that it was imperative to ascertain the order of death because the descendants of whoever survived the longest would receive the entire estate, whereas the children of the first to die would receive nothing.

Mrs Scarle’s daughter has now won her case against her stepsister. The High Court ruled that as the younger party, Mrs Scarle had legally outlived her husband and thus her daughter inherited the £300,000 estate. The court relied on an ancient law known as the Commorientes Rule which deems that in situations of simultaneous deaths where it cannot be determined who died first, the younger person is presumed to have outlived the elder.

The total legal costs of the case have been reported to be in the region of £170,000. As is often the norm in such disputes, the losing party has been ordered to pay not only her own costs but those of her sister.

This sad case reminds us that bitter inheritance disputes can be extremely costly to those involved both from a financial and emotional perspective.

To avoid such disputes it is vital to ensure that you take professional advice regarding succession planning and that all circumstances are considered when preparing your will. When taking your instructions for a Will we will tailor our advice to your particular circumstances, taking the time to do a thorough “fact find” regarding family circumstances and finances. As part of our initial meeting we will be happy to discuss the following, where applicable:

Existing wills should be reviewed every 3 to 5 years to ensure they still comply with your wishes and particularly where there have been changes in legislation, family or financial circumstances.

If you would like to discuss preparation of Wills, or if you think that changes to your existing will are necessary, please contact Amy Morris on 01743 237699 or email mail@hatchers.co.uk for further advice.