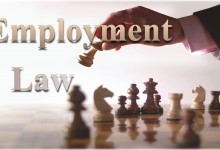 Ethical Veganism may be a protected belief; however Employment Law remains unchanged.

Jordi Casamitjana, a former employee of an animal welfare charity, The League Against Cruel Sports, claims he was dismissed after raising concerns that the charity’s pensions fund invested in companies which tested on animals. Casamitjana fully subscribes himself as an ethical vegan, and like dietary vegans, eats a plant-based diet. Unlike a dietary vegan, however, ethical vegans also avoid contact with products derived from any form of animal by product or animal exploitation, such as leather, wool and animal tested products.

The main issues identified at the preliminary hearing were:

If regarded as a protected characteristic and a belief, Casamitjana would be entitled to certain protections under equality and European legislation.

The Equality Act protects employees who are being discriminated against, treated less favorably, harassed or victimised as a result of a protected characteristic.

Article 9 of the Convention protects an individual’s right to freedom of thought, belief and religion.

Case law set out a number of requirements that must be satisfied in order for a religious belief to qualify for protection under the Convention:

In a short summary Judgment, the tribunal’s ruling in the preliminary hearing was given orally. It was ruled that ethical veganism satisfied the test in order for it to qualify protection from legislation.

Evidence heard at the preliminary hearing suggested that ethical veganism was a genuine belief held by Casamitjana, and along with this belief being a serious substantial aspect of his life and behaviour, it was also demonstrated as one being worth of respect in a democratic society.

The preliminary hearing was NOT however a Judgment regarding whether Casamitjana was unlawfully dismissed because of his beliefs. This will be decided at another hearing at a later date.

It is important to note that that this ruling does not affect the law. The Judgment was ruled in a “first instance” Employment Tribunal. This essentially means that it does not have to be followed by others and does not implement any changes within legislation.

It does, however, give employers guidance on the likely consequences within a Tribunal in relation to ethical veganism. Employers are advised to have regard to their employees who are ethical vegans and consider their requirements within the workplace.